This year's Spring Awards Ceremony is brought to you in an online version hosted by Professor Ed Depeters (Master Advisor for Animal Science). This annual event is an opportunity to celebrate the completion of another academic year and the successful completion of a program by seniors. Congratulations to all Animal Science students for their accomplishments this year! Best of luck to our seniors and we hope to see folks back on campus in the near future!

A Ribbon-Butting for the Goat Dairy and Creamery

By Dateline Staff on February 4, 2020 in Human & Animal Health

UC Davis loves its goats. For more than 100 years, goats have played a starring role in the teaching, research and outreach at the UC Davis College of Agricultural and Environmental Sciences. That connection grew stronger than ever Jan. 25 with the formal opening of the UC Davis Noel-Nordfelt Animal Science Goat Dairy and Creamery.

Pardon the interruption, students, but we wanted you to know the animal science professor standing in front of you, Anita Oberbauer, whom you fondly call “Dr. O,” is the recipient of the 2018-19 UC Davis Prize for Undergraduate Teaching and Scholarly Achievement.

Department of Animal Science Professor Ermias Kebreab has been appointed to the new position of Associate Dean of Global Engagement and Director of the World Food Center, effective January 15, 2019.

COWS ARE SPECIAL. As ruminants, they eat grass and other plants that are inedible to people, transforming forage into steak and hamburgers and other tasty high-protein beef products.

Over the past few decades, the beef industry has made significant improvements in productivity—generating more food from fewer numbers of cattle. Better breeding and other innovations in animal science research have played a starring role in these advances. 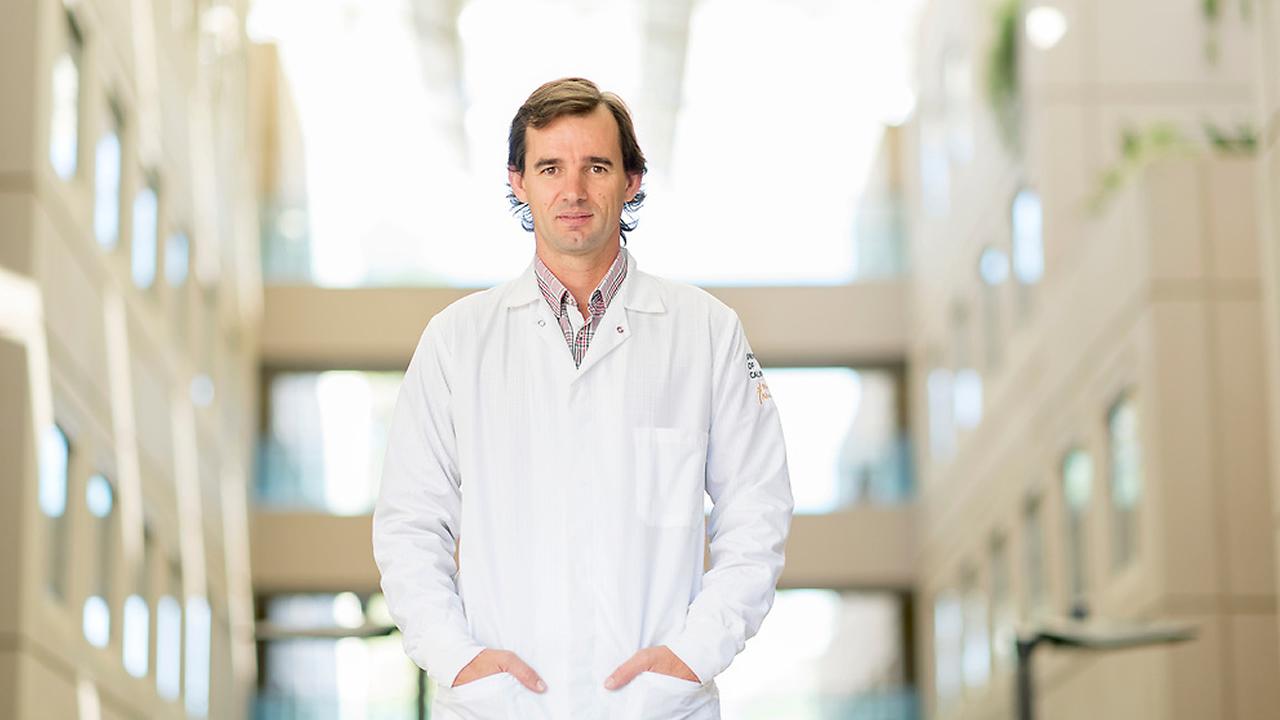 The cattle industry is the largest agricultural commodity in the United States, generating more than $100 billion in farm cash receipts in 2016. Despite cattle’s economic importance, scientists still have a long way to go to fully understand mechanisms that govern important genetic traits in the animals such as growth and disease resistance.

The U.S. Department of Agriculture’s National Institute of Food and Agriculture has awarded the University of California, Davis, $2.5 million over four years for a national cow genomics project. The research effort aims to allow the cattle industry to use genetics more efficiently to predict the traits their herds possess.

The bovine genome was first sequenced in 2009 and was one of the largest genomes ever sequenced.

“We have the code of the cow’s genome, but we don’t know what it means,” said Pablo Ross, an associate professor in the Department of Animal Science at the UC Davis College of Agricultural and Environmental Sciences. He will lead the efforts and serve as project director.

“This project is like genome sequencing 2.0,” said Ross. “The goal is to identify the functional elements of the cow’s genome.” Understanding that information could open the door to improvements in genetic selection, which could lead to healthier, more productive livestock.

The grant is one portion of a $6 million grant USDA awarded to create three functional genomics projects. In addition to the UC Davis-led project for cattle genomics, USDA awarded grants for swine genomics at Iowa State University and chicken genomics at the Western University of Health Sciences in Pomona, California.

IT'S HOT AT EL CAMPEON FARMS, even for early August. A hard wind accompanies the heat, blowing through the Conejo Valley, where this horse ranch sits in Southern California. Abby Followwill is saddled on a horse named Vince. His golden-brown coat and blond mane stand out against the saturated blue sky and dusty corral where Followwill is training with him.

The U.S. Department of Agriculture’s National Institute of Food and Agriculture has awarded the University of California, Davis, $2.5 million over four years for a national cow genomics project.
Spotlight
Subscribe to Spotlight Content